Examining the data behind a New York Times article.

I decided to take the NYT data and plot it, while taking into account the considerations above, as best I can. 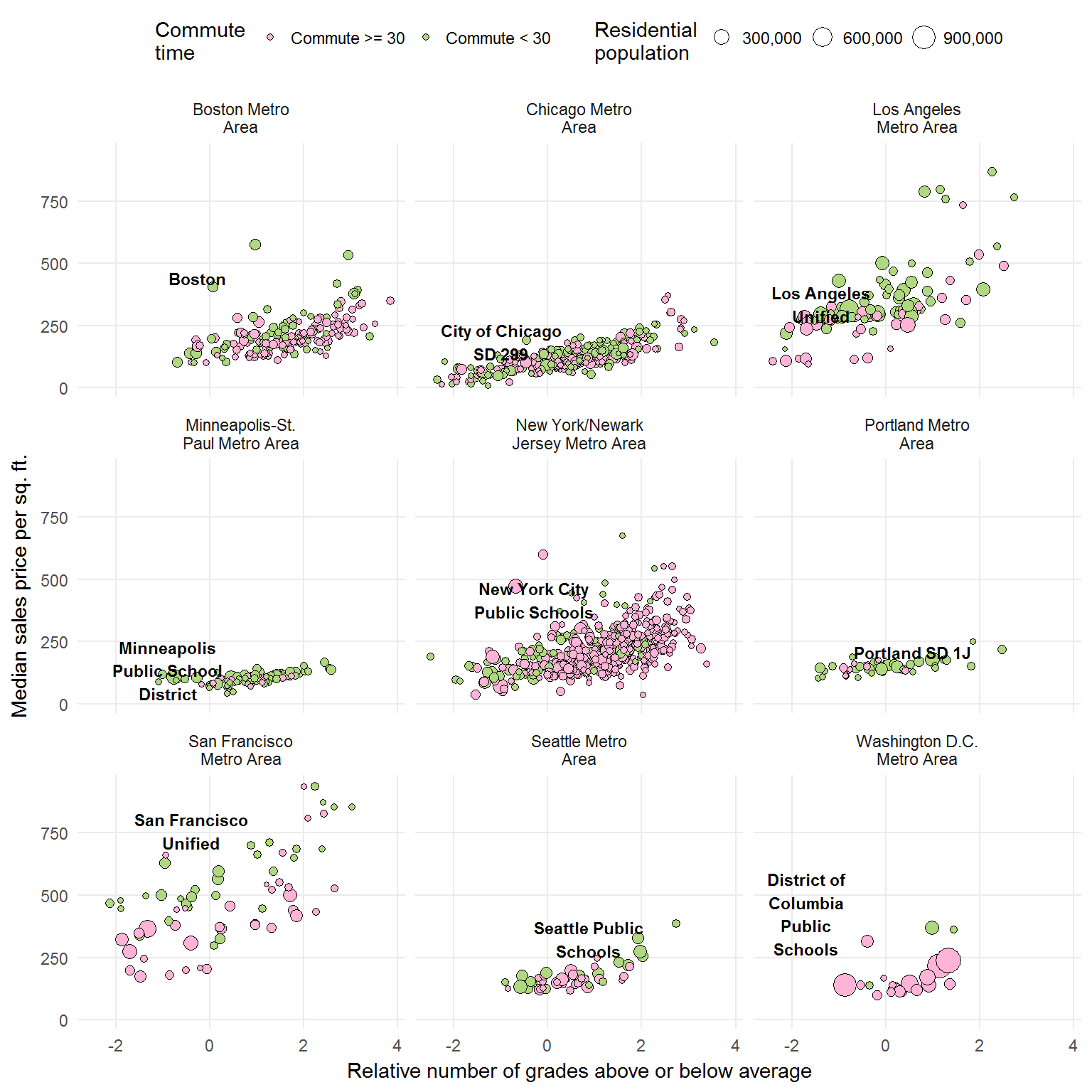 As you can see, the NYT dataset includes metro areas other than those mentioned in the article: Los Angeles, Seattle, Portland, and Washington D.C. I did my best to find a “central city” school district and plot that data as well.

I want to show you how the graph above would appear if it were faceted by whether the commute time were < 30 minutes or >= 30 minutes. 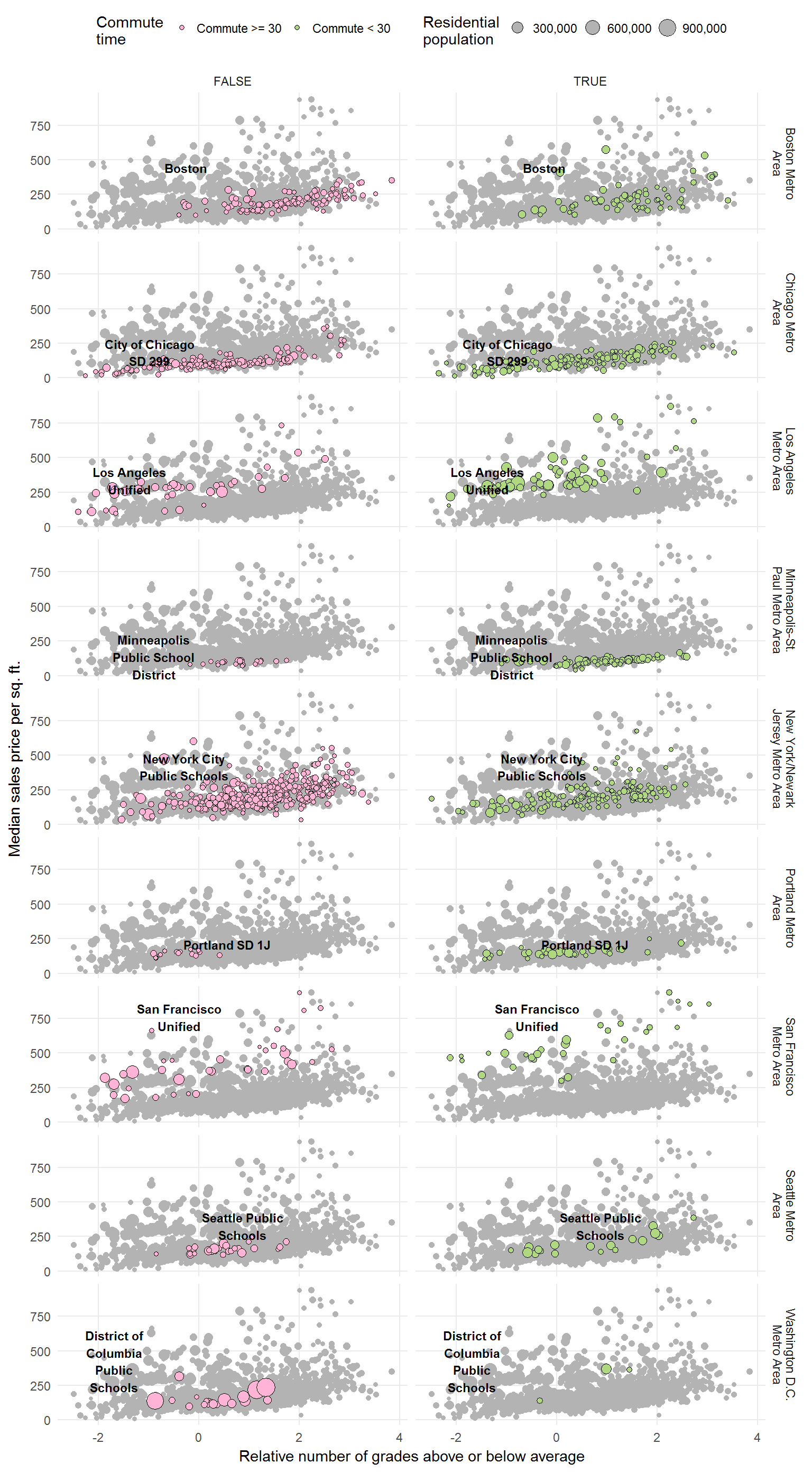 As you can see, I decided to plot all the data points in the background (good idea if this is a national grading scale).

However, this does not reveal as much as I had anticipated.

Before aggregating the data, I am going to run a very simple linear model (price ~ grade). 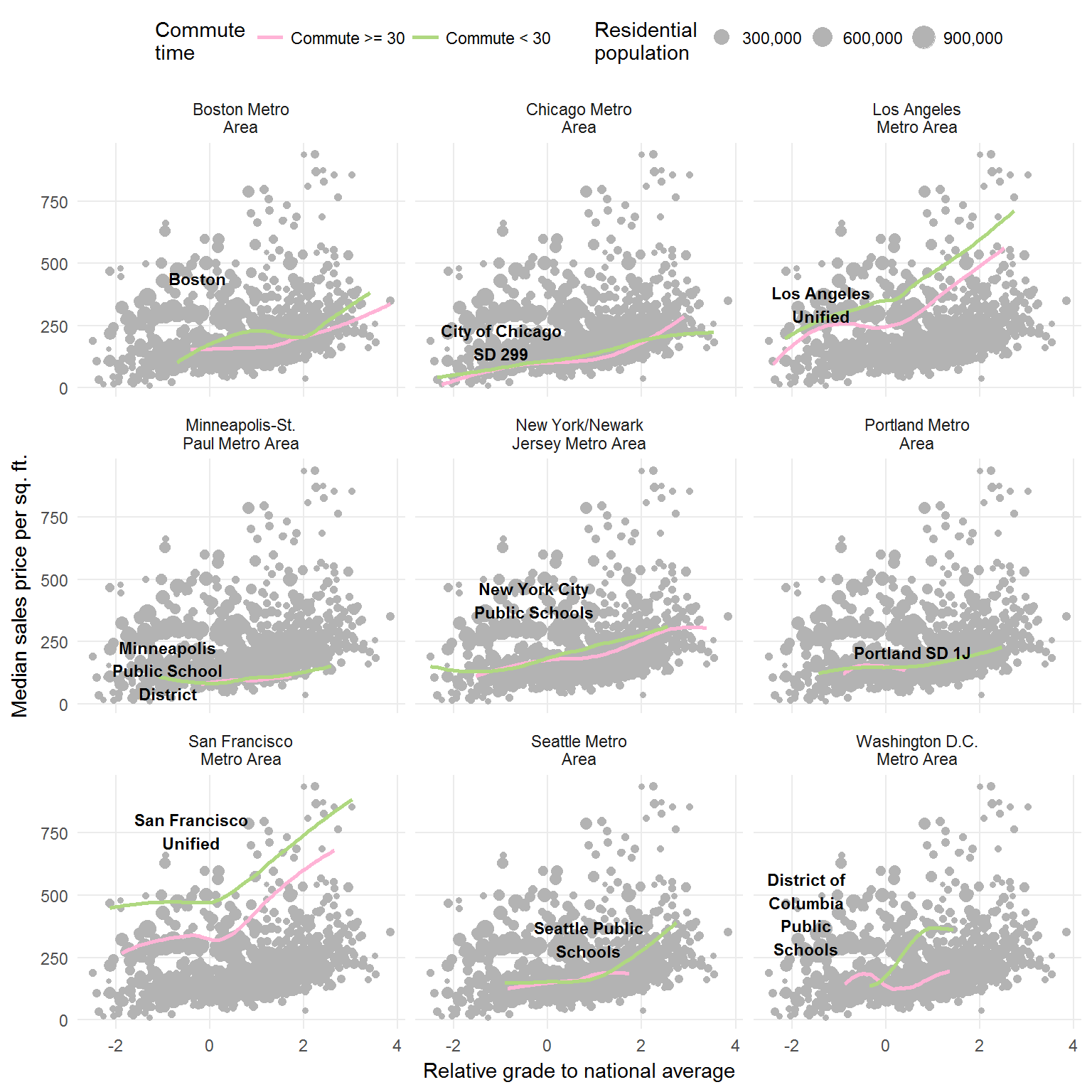 I went back to the point plot and added an extra facet: commute time ranges. 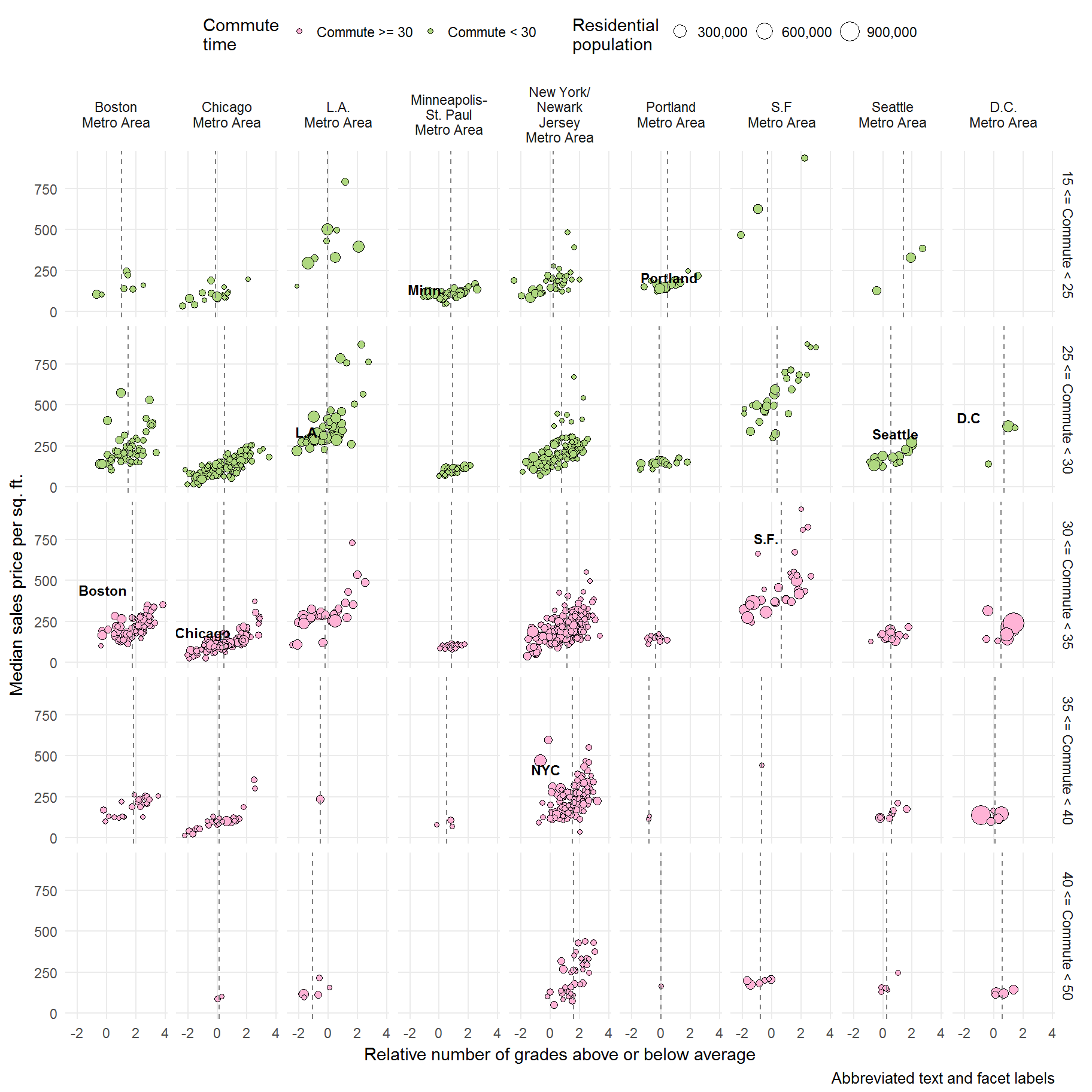 To aggregate each district’s data: 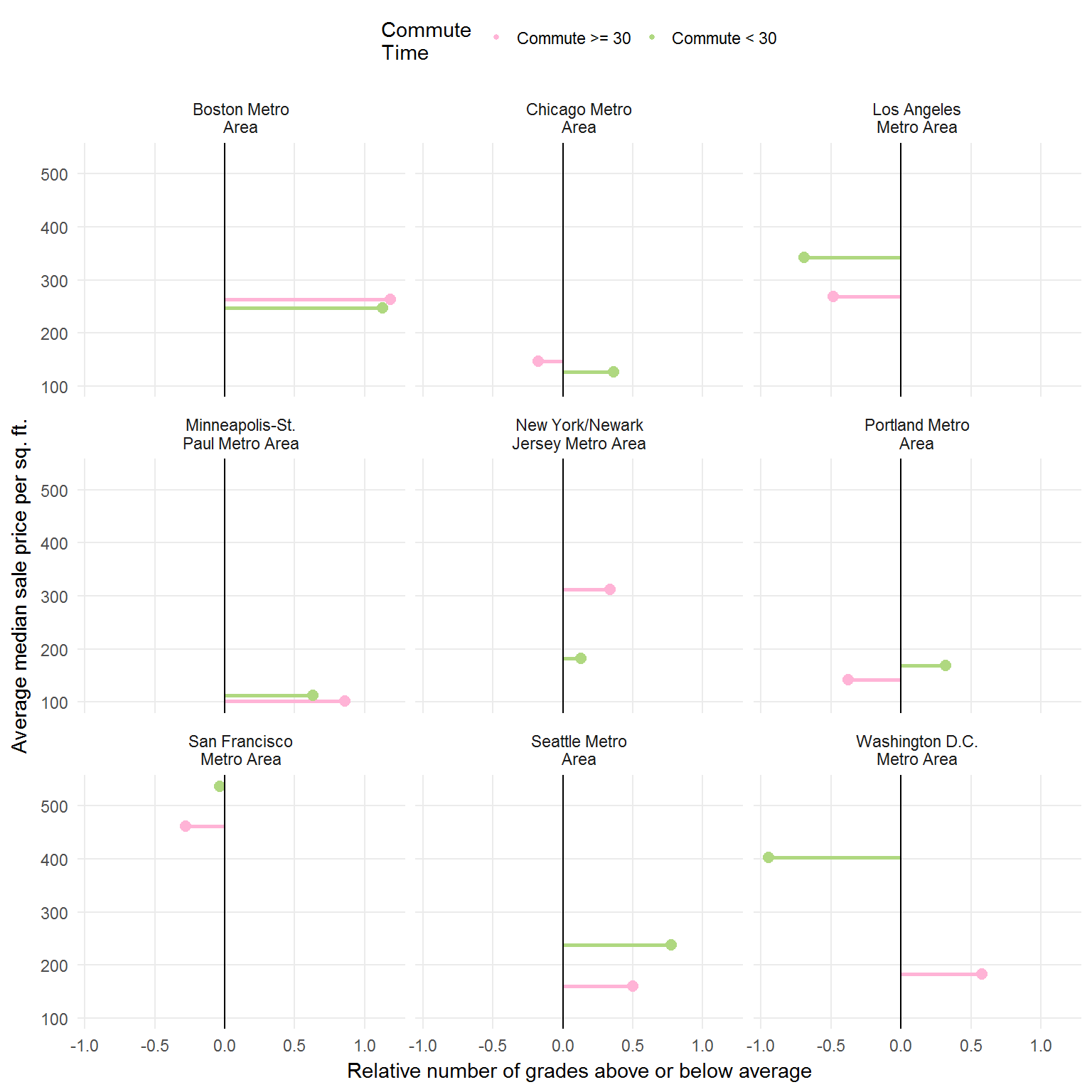 I had to make a number of assumptions (or ignore certain things) to make the plots above.

Despite my limitations, the above graphs now show the scale for dot size, state some information about the x-axis values, and, as a bonus, show all the data points in the background (gray) - which I believe would be a great idea if the grading scale were a national scale.