In March, Reuters reported that Saudi Arabia would be reducing it’s March exports of oil to the U.S. by 300,000 barrels per day (bpd).

In 2009, according to the U.S. Energy Information Administration, 39 refineries imported 973,704 bpd of oil from Saudi Arabia - accounting for 10% of US imports. 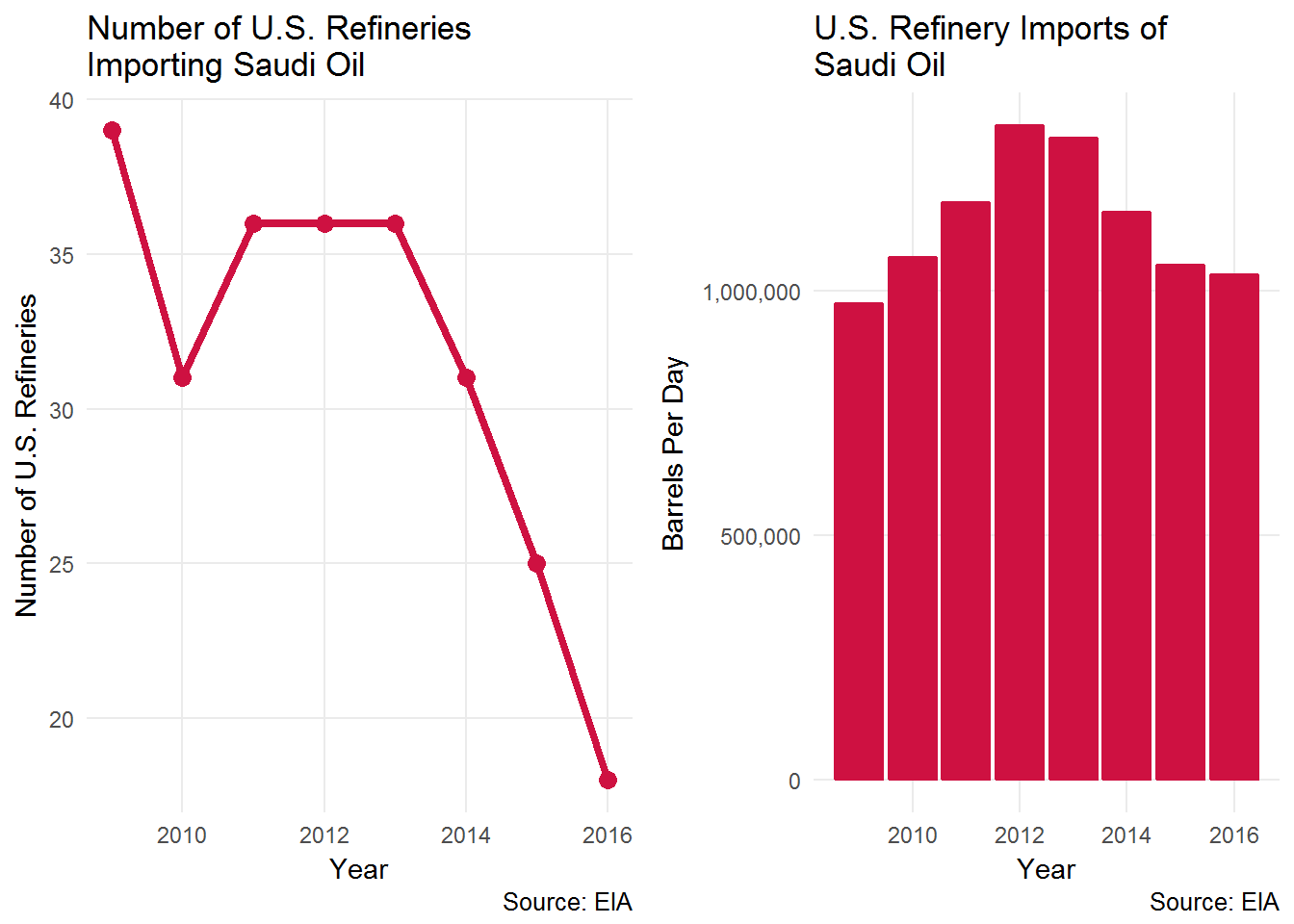 While refinery imports of Saudi oil may have hit their peak in 2012, world imports have generally been on the decline since 2010.

World imports did have a slight uptick in 2016, which also coincided with a halt to the drop in Saudi imports. 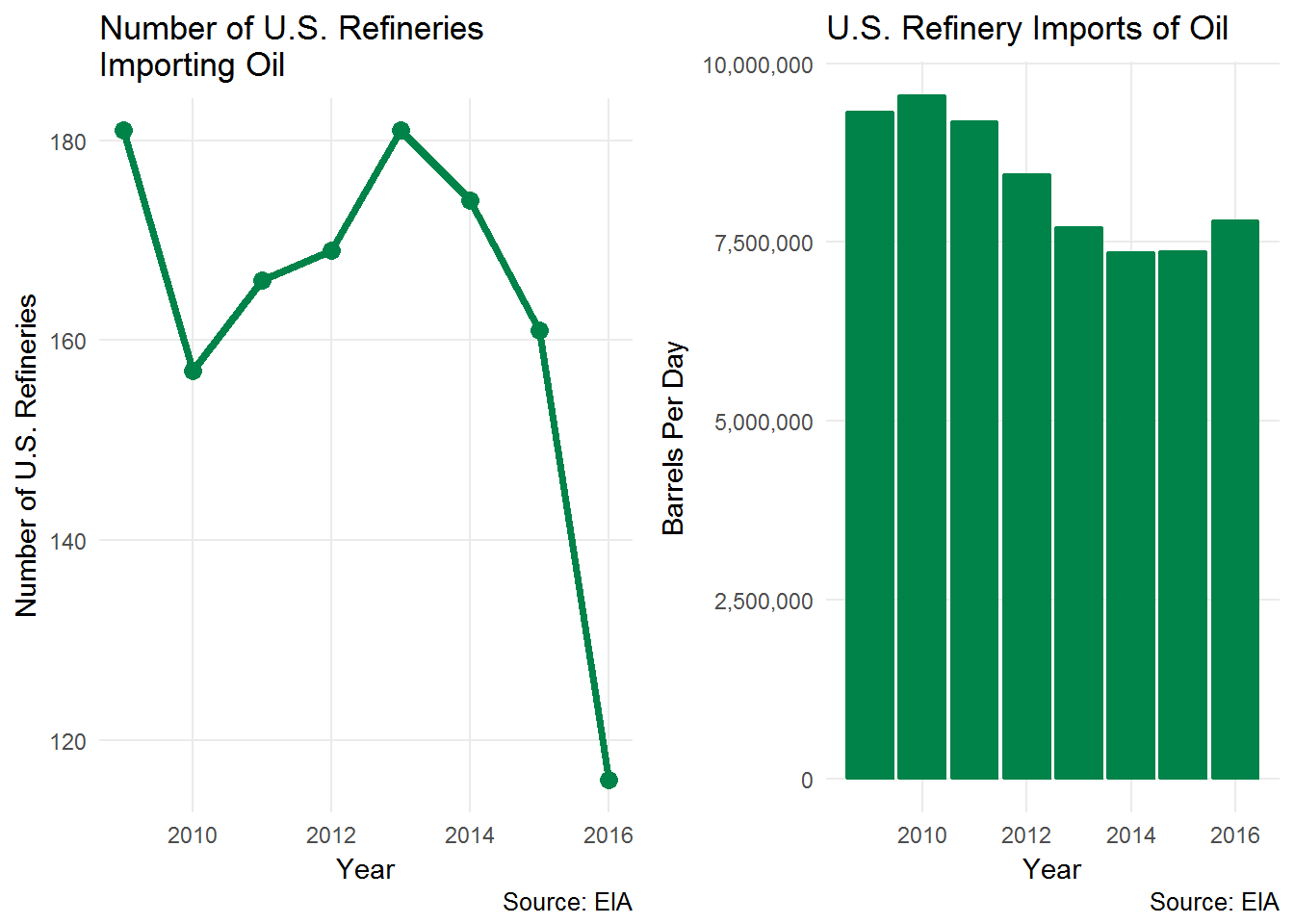 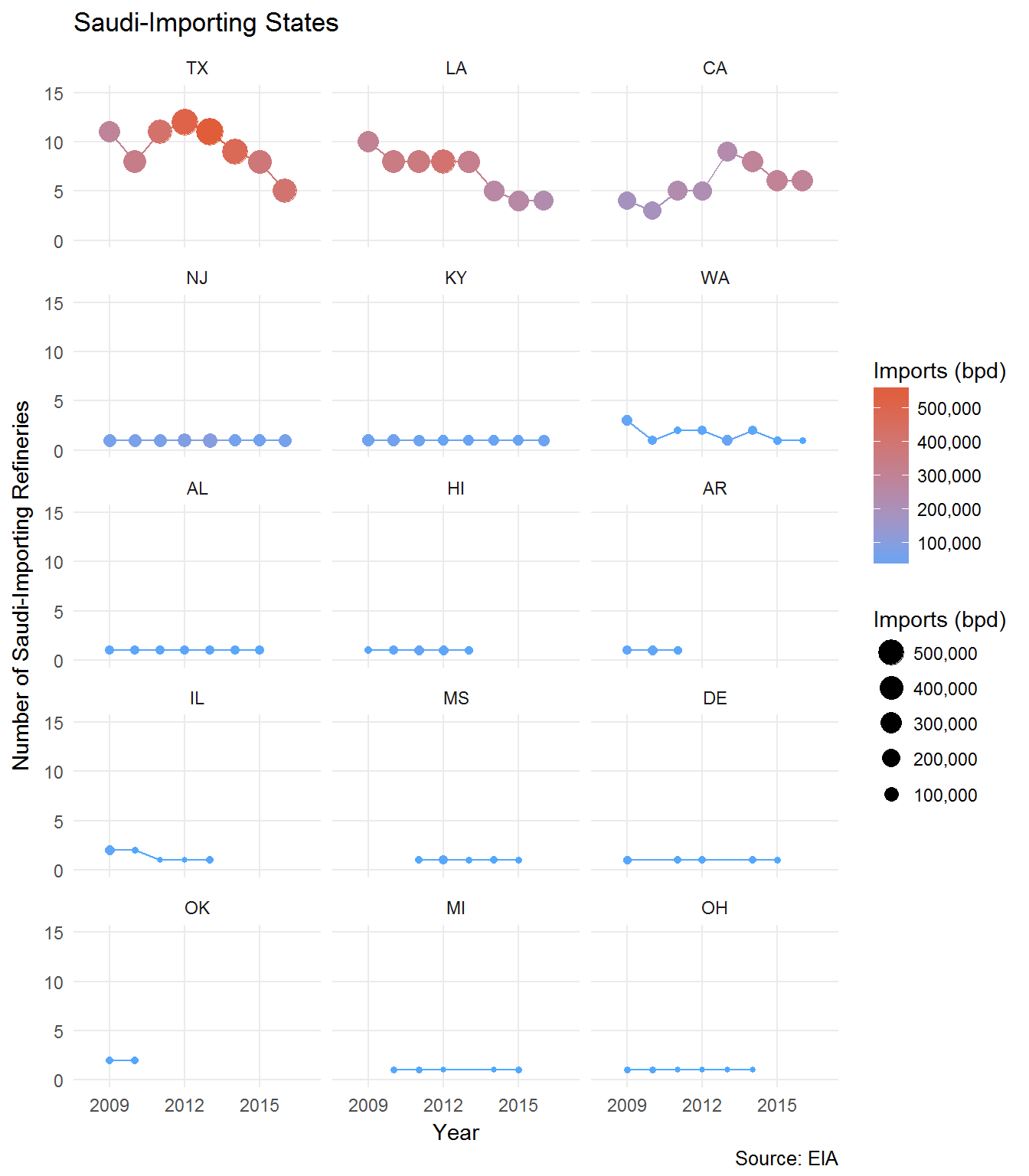 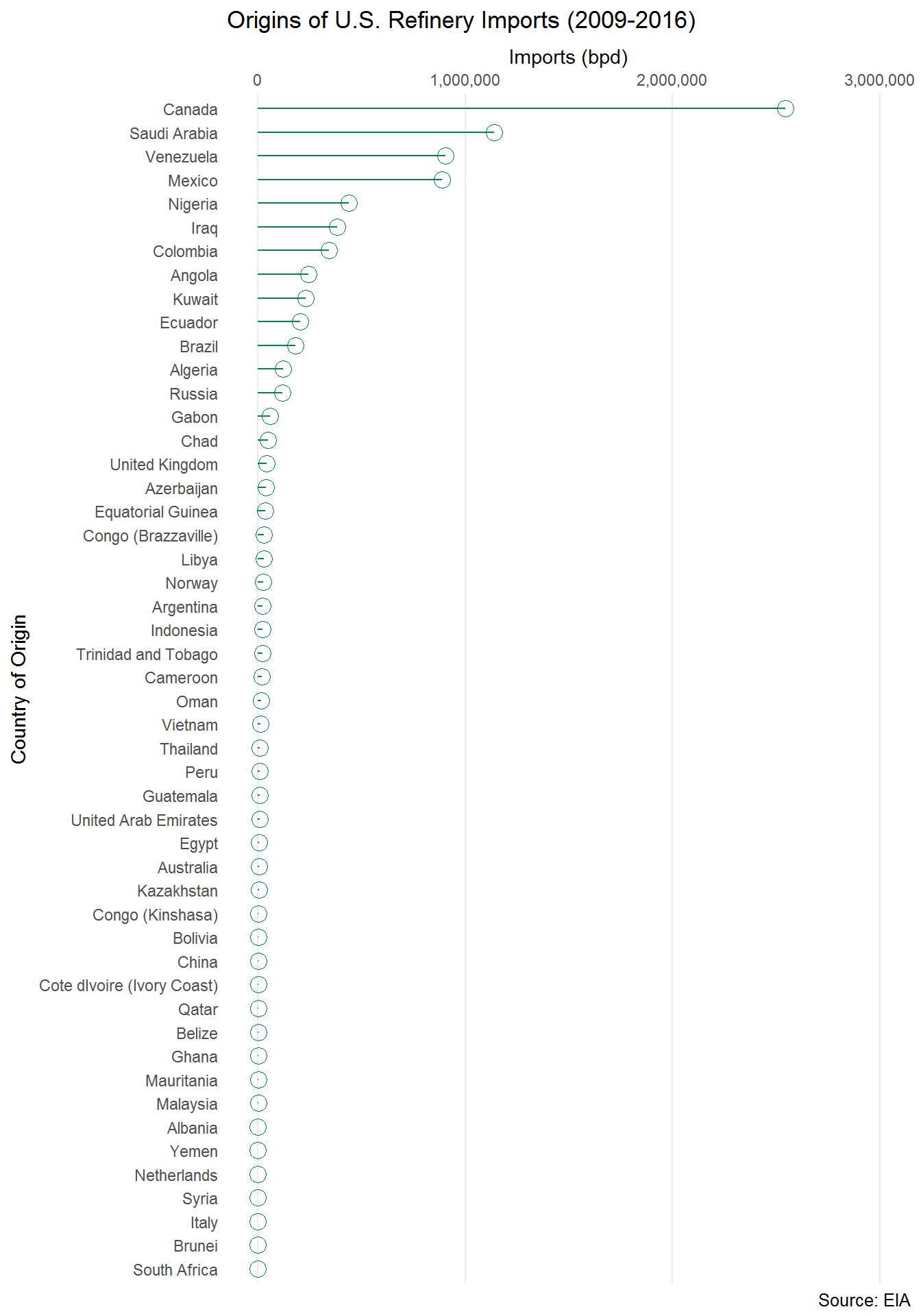 Ultimately, only 8 refineries relied on Saudi oil more than oil from the rest of the world combined from 2009-2016.

That’s compared to 117 refineries which relied on Canadian oil more than oil from the rest of the world combined. 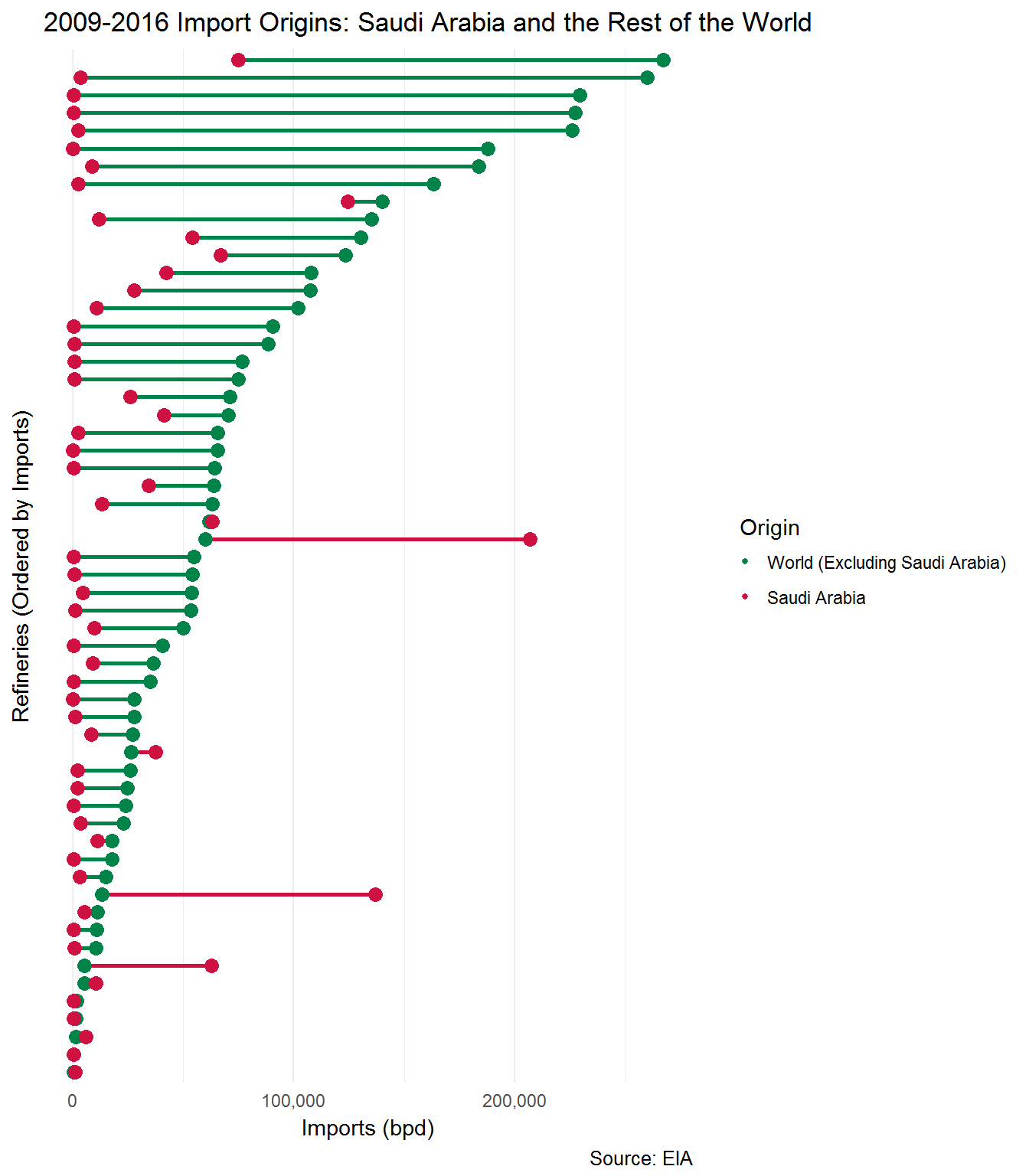 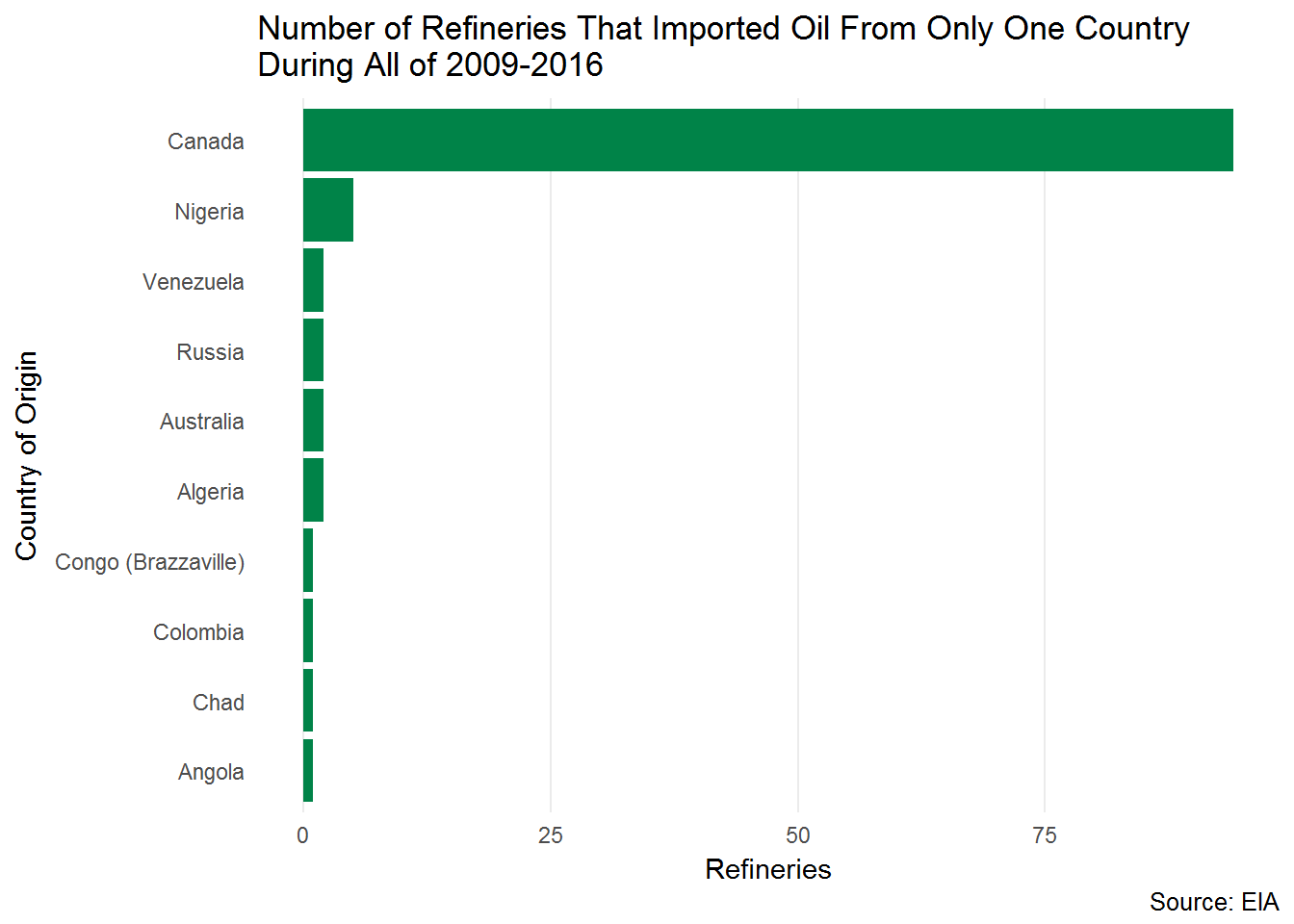 It will however take a few months before the refinery data regarding the reduction in Saudi exports is available. There is also some expectation that Sauid Arabia wants to continue with the recently agreed upon OPEC cuts, and so the number of U.S. refineries and states importing Saudi oil may continue to decline.