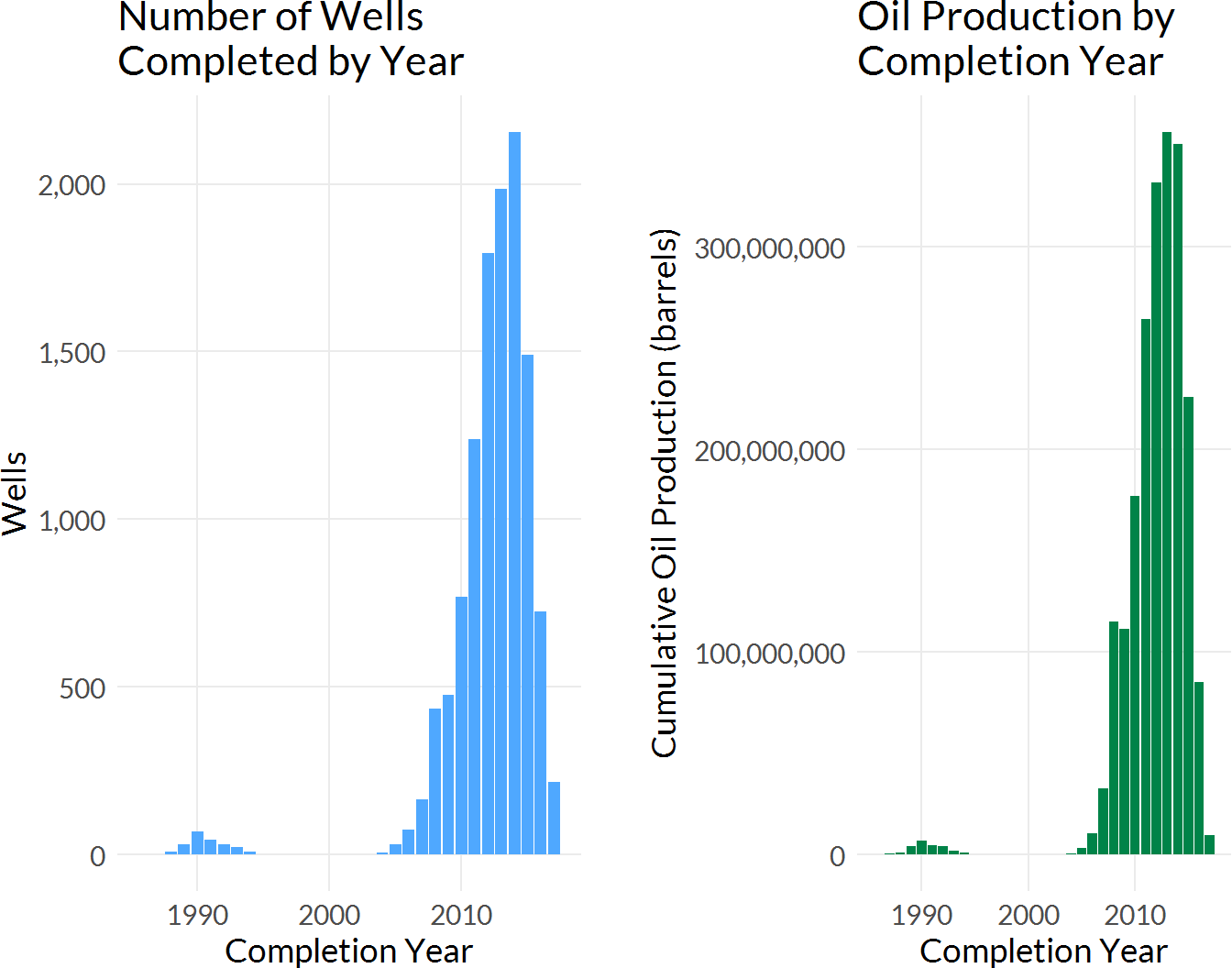 Of the 593 fields listed by the North Dakota Department of Natural Resources [2], only 344 (58.0%) have any oil production data from horizontal wells.

In fact, just two fields, the Parshall and Sanish, account for 13.5% percent of the total production. 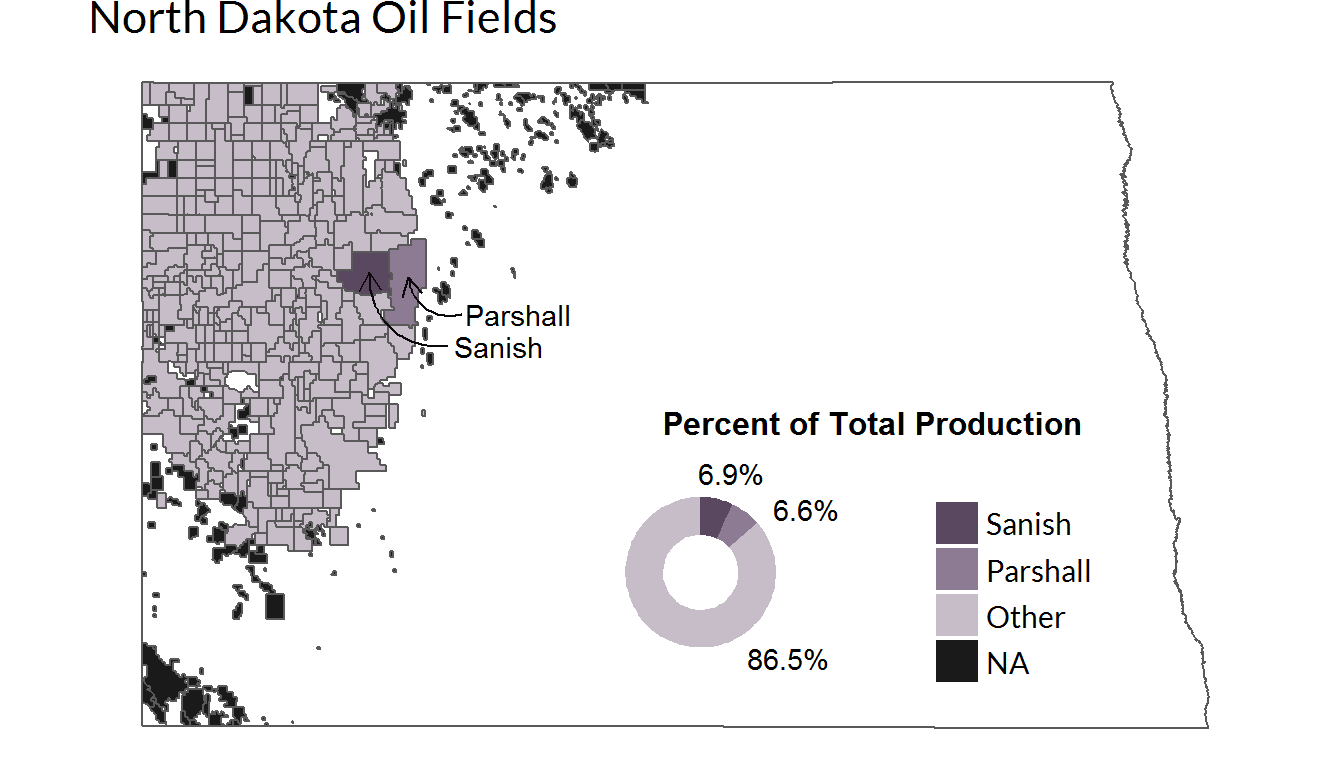 More than a majority of the production (57.1%) comes from the top 10% of fields. Many of these fields, like the Parshall and Sanish, are among the eastern-most producing fields. 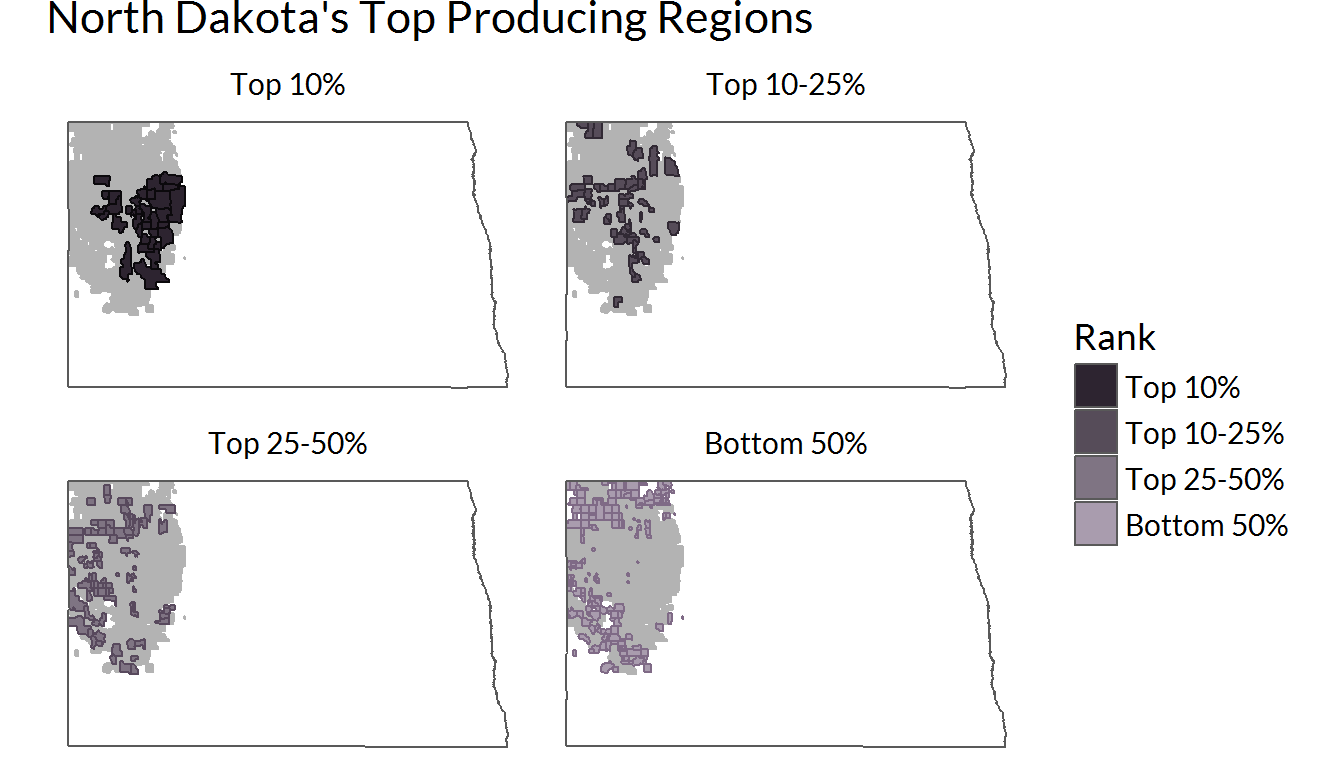 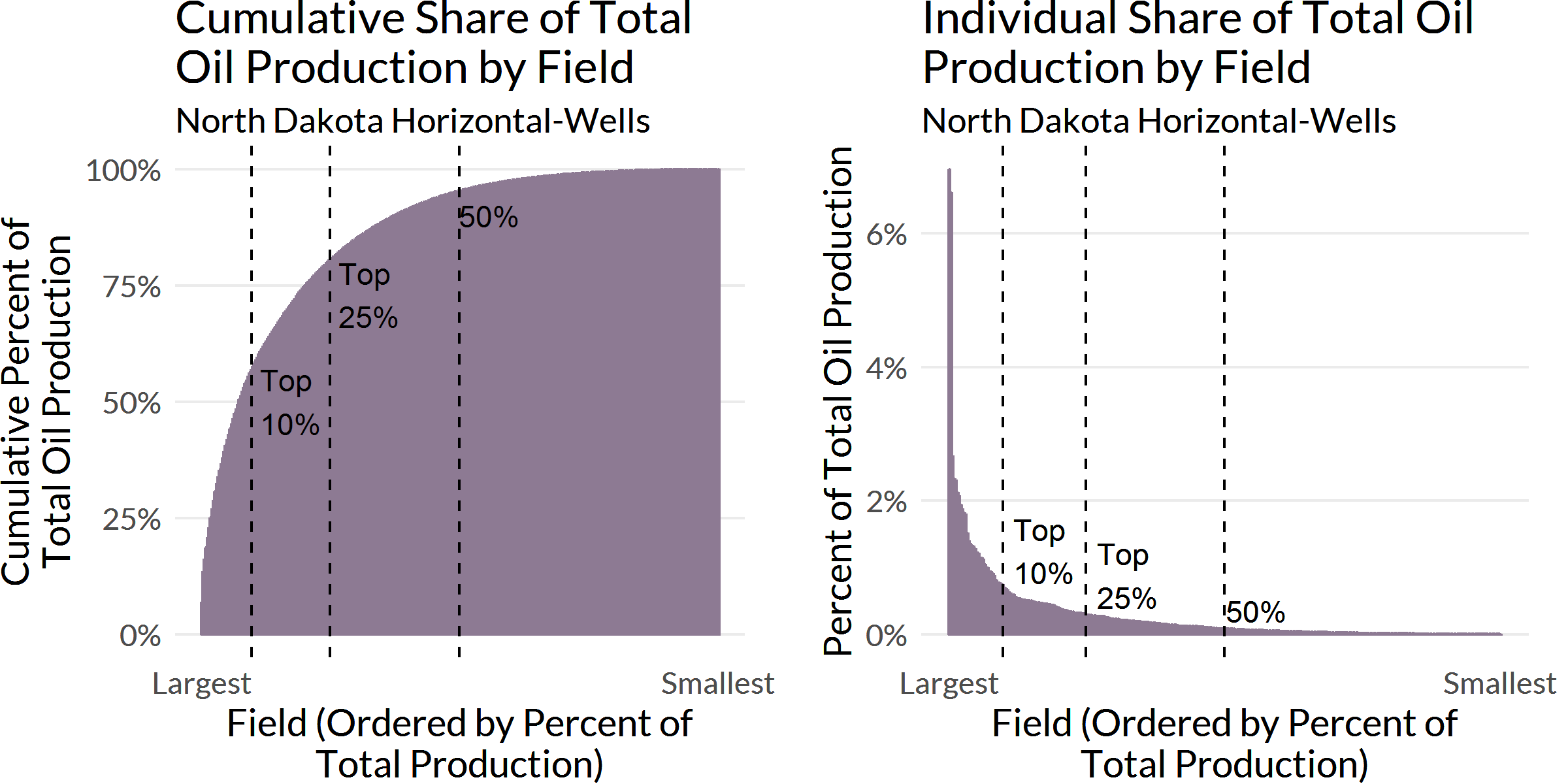 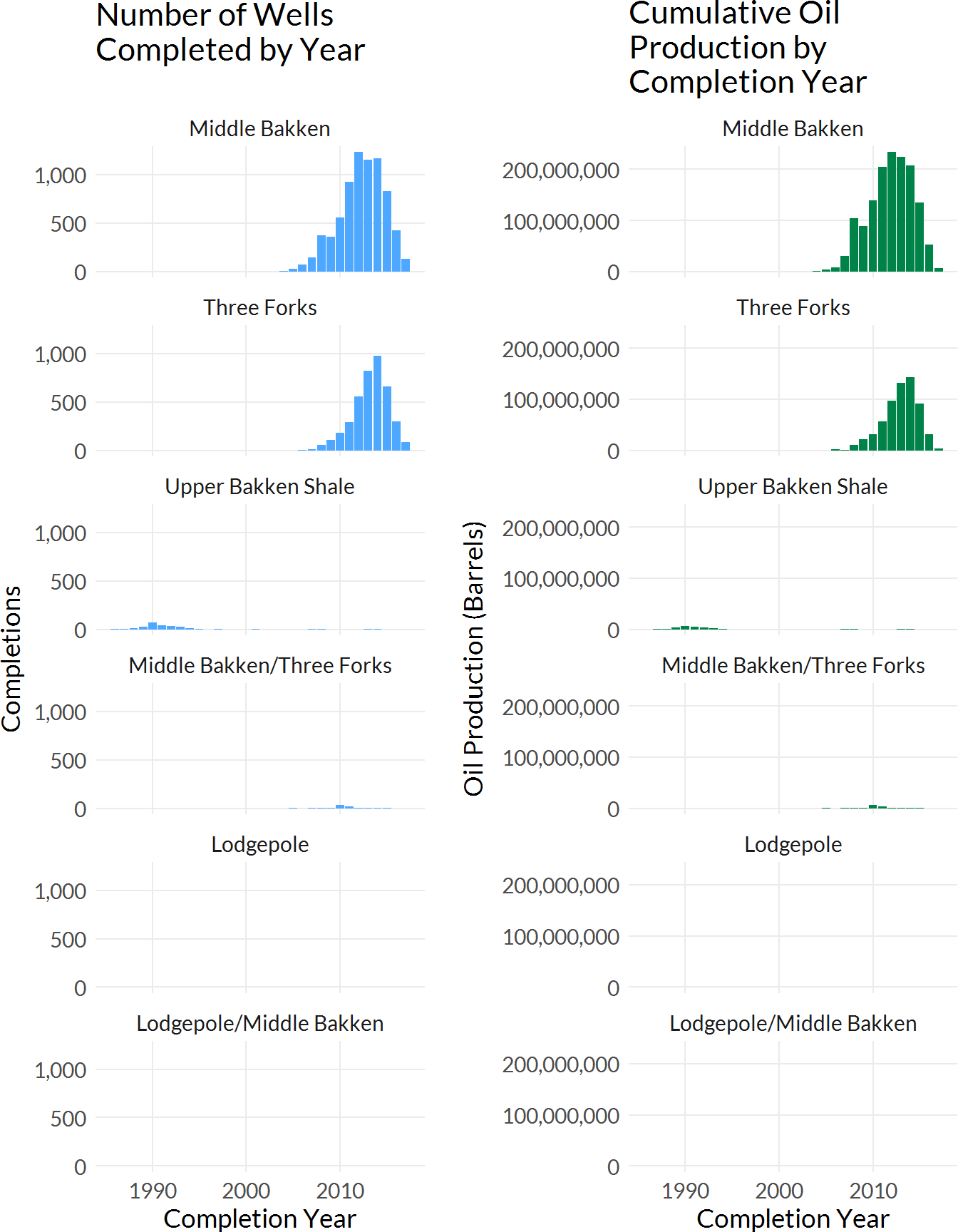 Similar to the overall trend for North Dakota, the heart of the Middle Bakken and the Three Forks lies within the eastern-most fields. 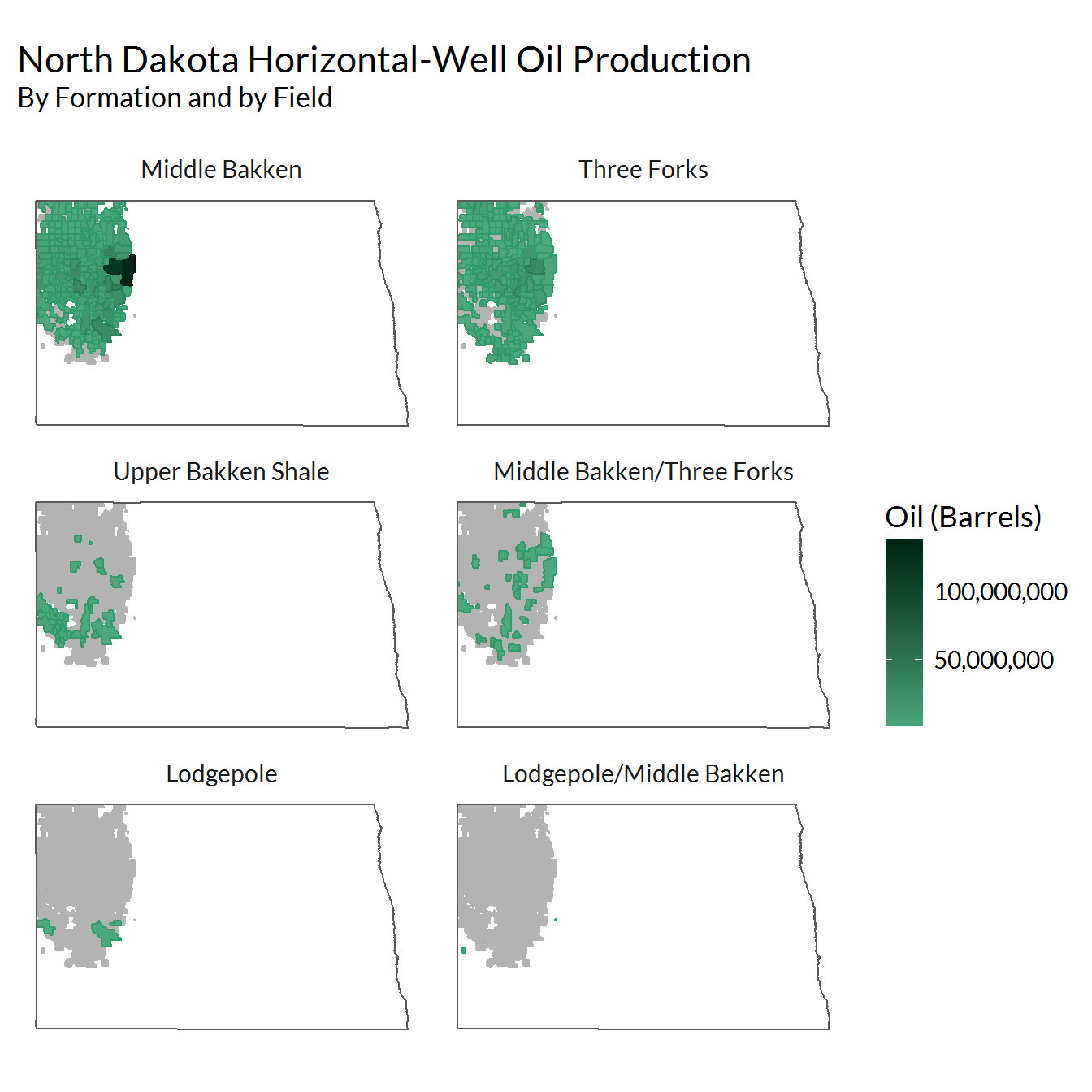 This production center lies in close proximity to a geological structure - a fold known as the Nesson anticline. 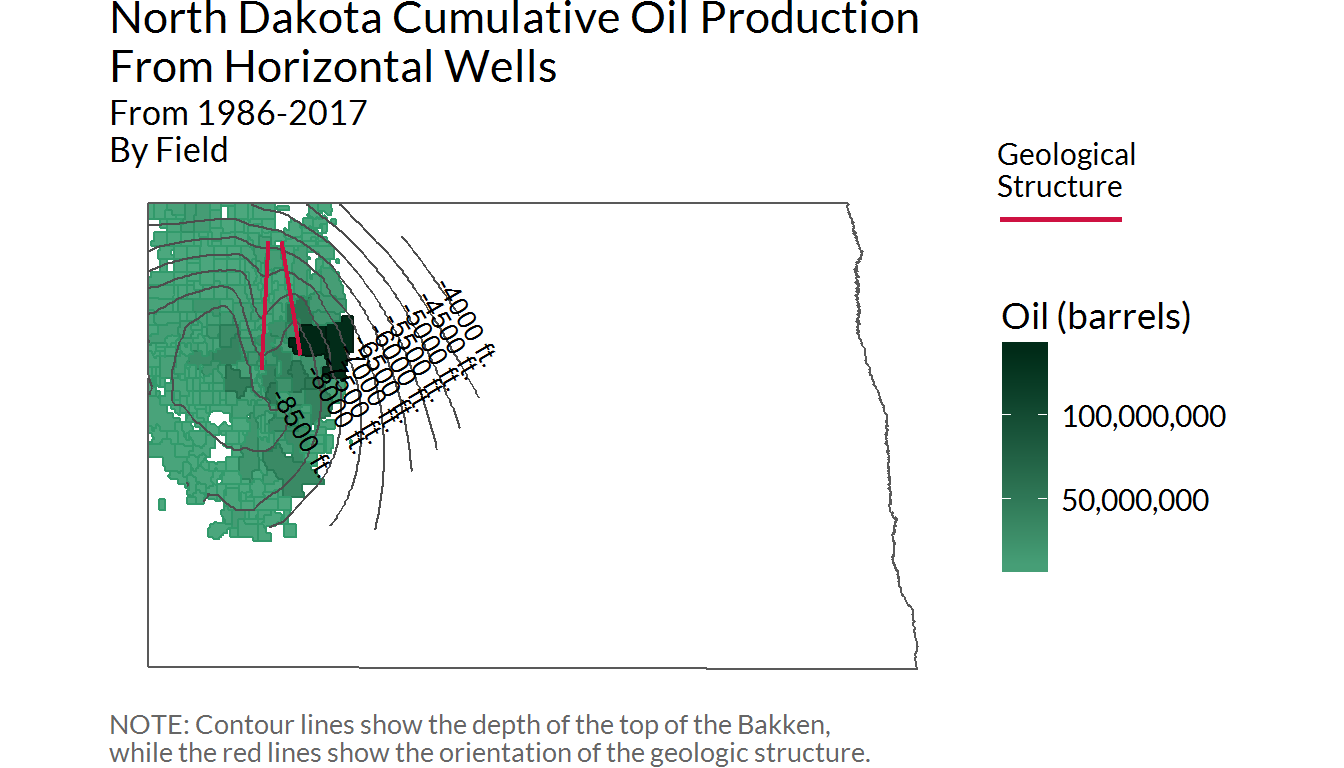