Houston area school districts show a wide disparity in graduation rates, according to the Children At Risk 2018 School Rankings. 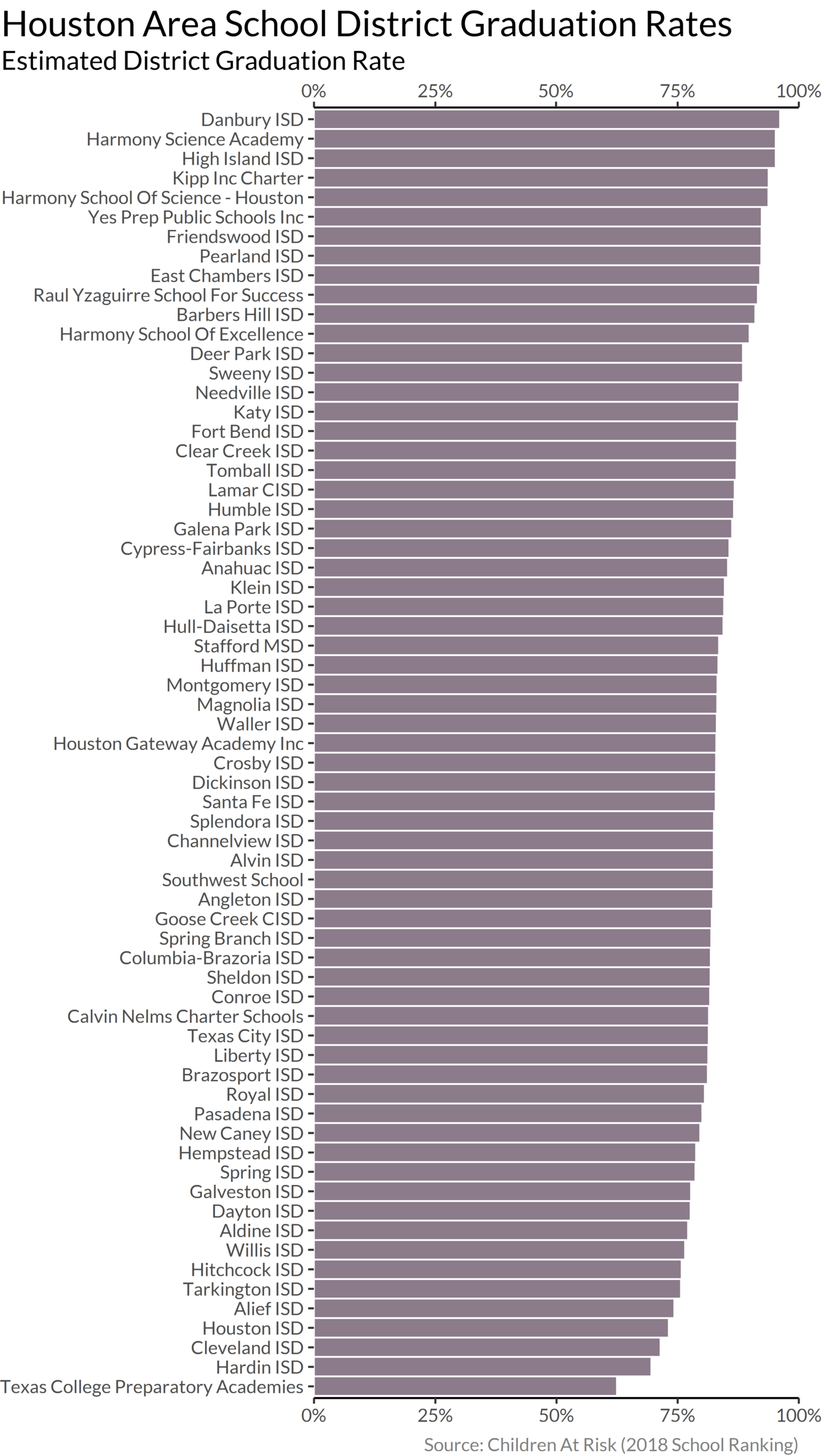 There is also a very clear correlation with the Children At Risk’s grade ranking and graduation rates.

Outside of a couple outliers in the B+ and A grade, schools receiving a grade of F show the widest disparity in graduation rates among the various grades. 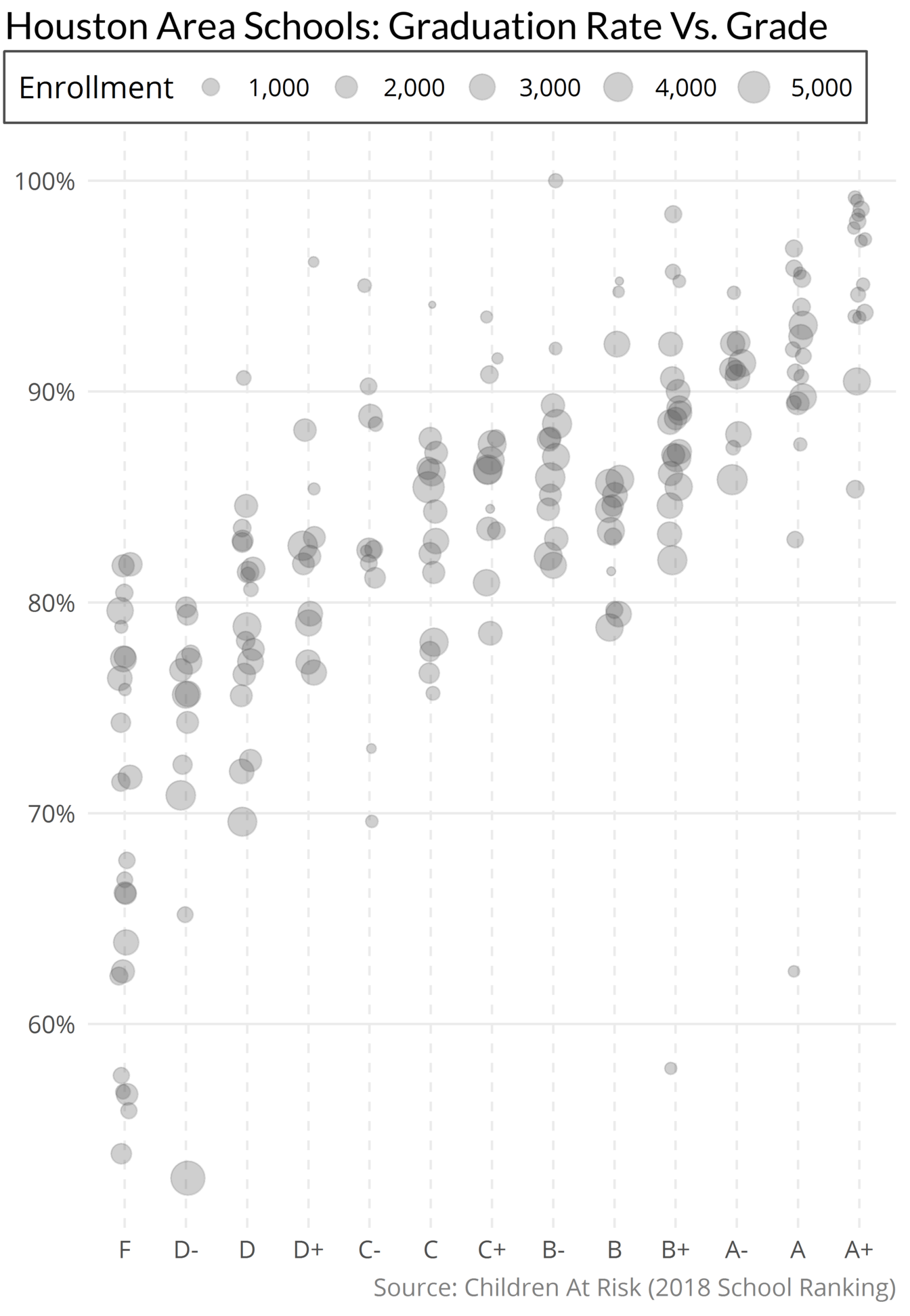 However, the Houston area’s largest school district, Houston ISD, graduates a mere 78.1% of its students. 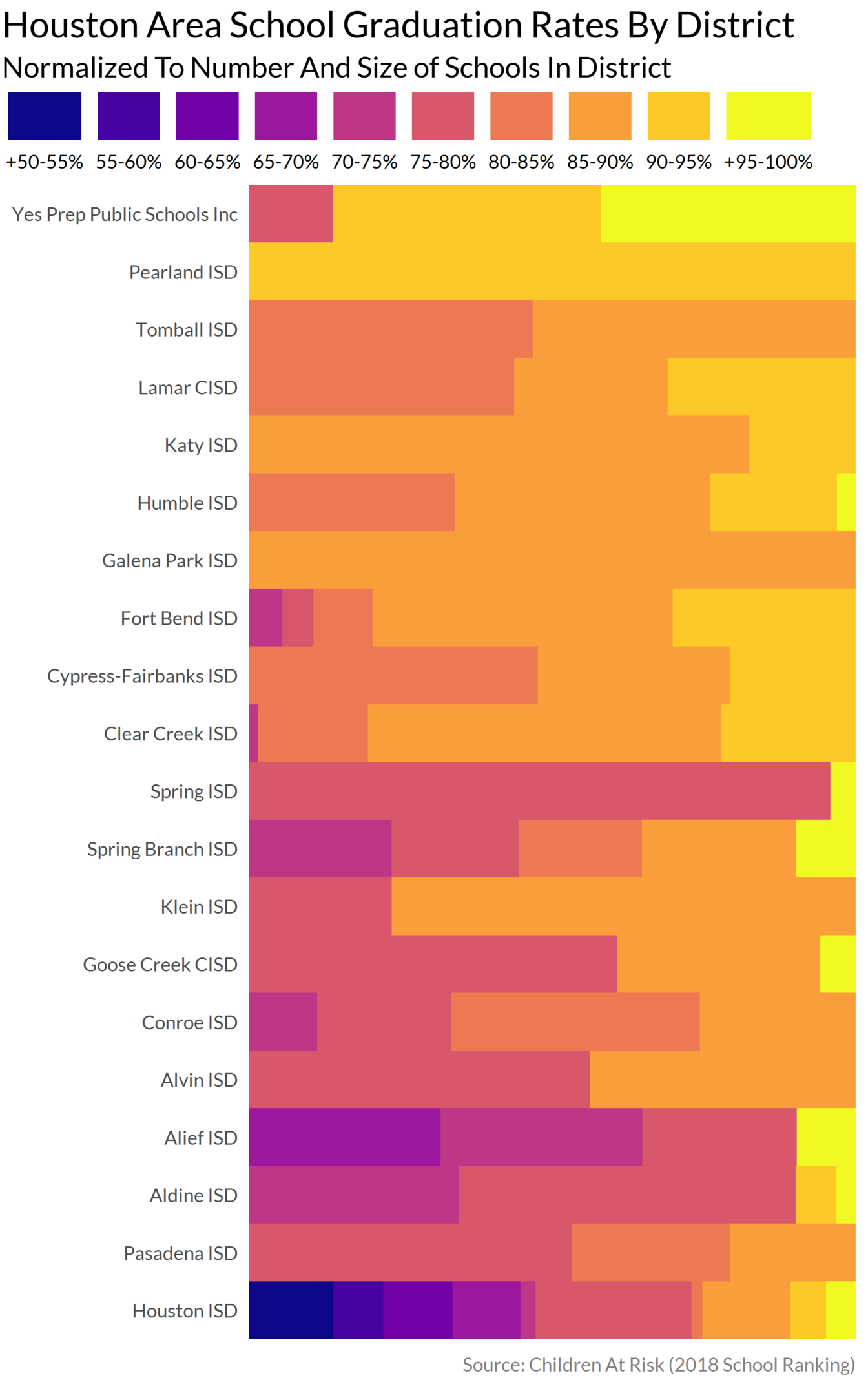